Kitchen on the Street is a locally founded nonprofit organization that comes alongside children in need at the intersection of nutrition and academic excellence. For more information please visit www.KitchenOnTheStreet.org 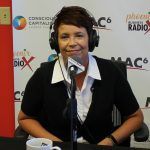 Lisa Scarpinato is the Chief Executive Office and co-founder of Kitchen on the Street. Her community involvement includes volunteer work at homeless shelters and food banks like Phoenix Rescue Mission, as well as churches and outreach programs locally and abroad.

Attending grade school and high school in the Valley, she feels a great sense of urgency to improve the lives of impoverished children in Arizona.

Lisa is a recipient of the POINTS OF LIGHT AWARD in recognition of her community service and involvement in co-founding Kitchen on the Street. In 2010 she received the Women Doing Good Award presented by Self Magazine and L’Oreal and appeared on the Today Show. 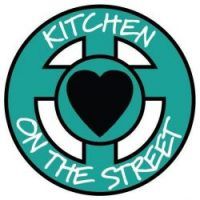 She is a member of the President’s Circle, an Advisory Committee of Paradise Valley Community College and is a Class 34 Graduate of the Valley Leadership Institute and most recently was awarded the Leader with Distinction Award from ONE. 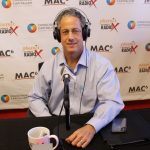 Steve Chakmakian, D.O. joined UnitedHealthcare in January, 2011 as Chief Medical Officer for UHC Community Plan in Arizona. UHCCP currently serves approximately 450,000 Arizonans who qualify for Medicaid, or Medicare and Medicaid, as Dual Special Needs members. The individuals are served through four health plans, including plan types for individuals with developmental disabilities, long-term care services and supports, as well as persons with complex congenital and chronic conditions.

Dr. Chakmakian attended Midwestern University, Chicago College of Osteopathic Medicine after graduating from the University of San Diego. Steve grew up in Tucson, AZ. He currently resides in Paradise Valley with his wife Kristin of 16 years, who is a practicing Pediatrician.